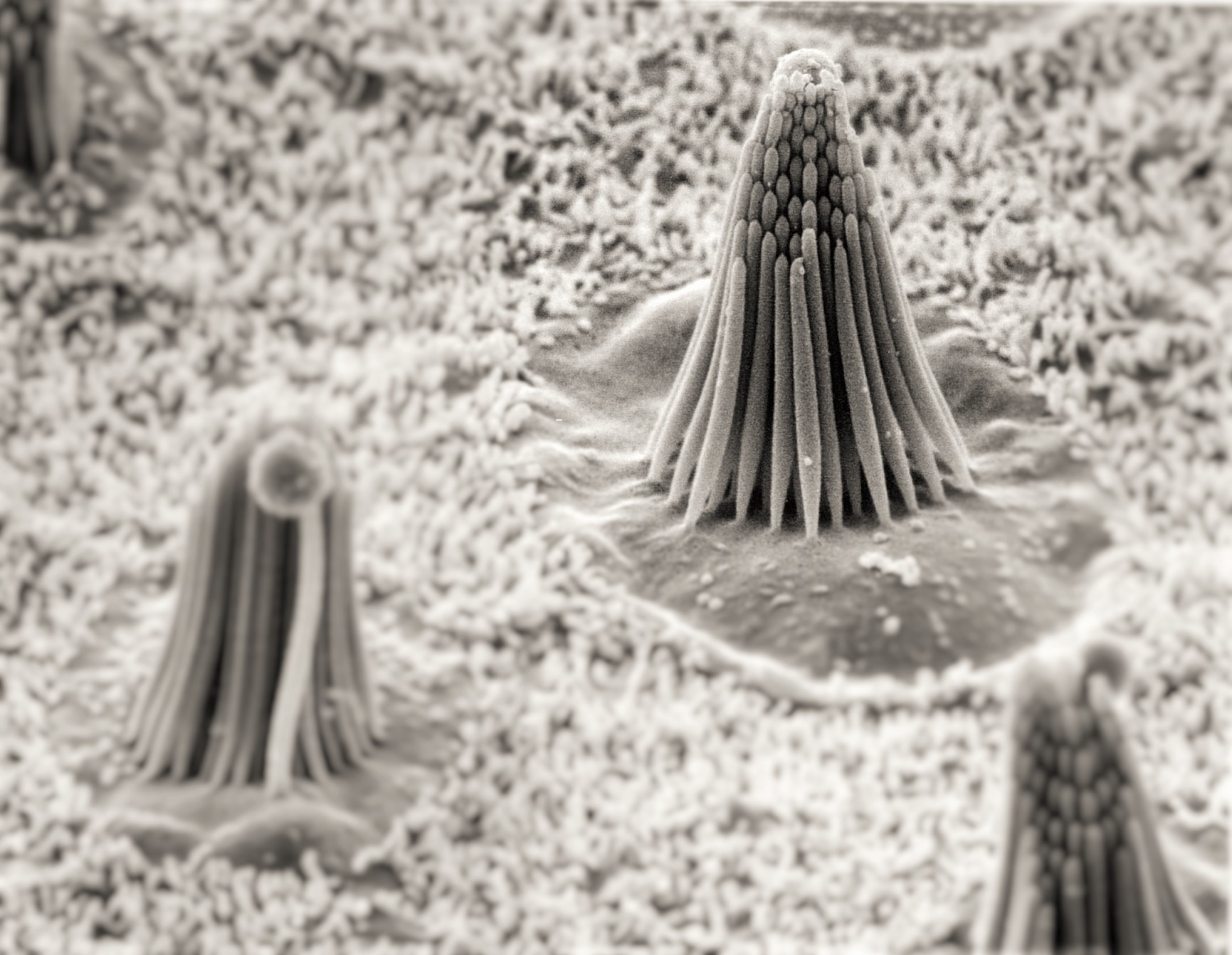 Can Hearing Loss Be Cured?

Deep inside your temporal bone is the inner ear, or cochlea, meaning “snail” in Greek. The cochlea’s coils contain many hair-like sensory cells that are put into motion by the sounds you hear and communicate those signals via the eighth cranial nerve to your brain.

At least, that’s how hair cells work in a healthy ear. But the overworked hair cells of humans exposed to extreme noise may become ragged and worn out, like the bristles of an old toothbrush. Unfortunately, once they are damaged, those cells are irreplaceable. 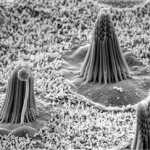 Some animals can regrow hair cells
For nearly 30 years now, researchers have known that the hair cells of some animals—including chicks, mice and zebra fish—can regrow when damaged. So the question arises: Might there be a way to transfer this regeneration ability to human ears and truly repair hearing loss?

Specifically, finding a method of regenerating human hair cells might lead to a way to repair noise-induced hearing loss (NIHL), the most common cause of hearing loss in humans. Many scientists and institutions have been working toward this goal for years, since the first discovery of hair cell regrowth in birds.

Steps in the search
According to a published interview with Dr. Allen Ryan, Director of Otolaryngology Research at the University of California, San Diego, the first step in the search is to identify what agents are needed to regenerate hair cells in humans. Such agents must be capable of being delivered precisely to the inner ear and not causing unwanted effects. Finally, any new hair cells would need to somehow be connected to cochlear hair fibers so their signals would reach the brain.¹

Researchers are taking a variety of approaches to this complex challenge.

The 50-year-old Hearing Health Foundation (formerly the Deafness Research Foundation) is the largest private funder of new technologies and treatments for hearing loss. The HHF has recently turned its attention to funding research on hair cell function and possible hair cell regeneration. Its Hearing Restoration Project is investing millions of dollars in this search. By pooling the expertise of many institutions and researchers, the HRP hopes to speed progress toward curing hearing loss.²

One approach: stem cells
One such researcher is Dr. Stefan Heller, professor of otolaryngology at Stanford University School of Medicine. He and his team are investigating the possibility of using stem cells to regenerate hair cells.

In an interview with the Hearing Restoration Project and in a paper published in the June 2015 Cell Reports, Heller observed that hair cells are difficult to work with. They are few in number (in comparison to retinal cells, for example), difficult and invasive to reach, and short lived. However, new techniques that permit fast, deep probing into cells are giving researchers access to previously hidden knowledge.³

Recently Heller’s lab team was able to determine whether 192 genes were expressed (turned on) in each of 808 hair cells, including inner pillar cells, which have the potential to regenerate hair cells in newborn mice. The team’s approach examined many genes at a time and reconstructed the organs in the computer. In addition to moving scientists closer to understanding how to approach and regenerate hair cells, this work further developed methods that can be used by biologists to study other types of cells.4

Stem-cell research is just one of many paths being explored by scientists around the world who are hoping to create a cure for hearing loss. Although progress has been slow since the discovery that some animals can regenerate damaged hair cells, treatment to cure hearing loss may one day be as commonplace as modern valve replacement to cure heart disease.